Hike the trails in the State Park, learn to paddle board, and watch the dolphins play in the surf. Early risers will marvel at the splendid sunrises on the Gulf side, and magnificent sunsets on the Bay side. And at day’s end, relax on the deck with the sea breeze, the planets, and the stars!

In addition to the East End’s treasure trove of townhomes and individual vacation homes on the Gulf and Bay, there are private cluster communities such as Clipper Bay, Kinja Bay, Savannah Cove and Mariner’s Harbor, featuring amenities such as community pools, community docks, and bayside beaches.

Fishing on the East End, both in the Bay and in the Gulf, is considered some of the best on the Island. Visit the Dr. Julian G. Bruce State Park on the east end with its miles of undeveloped beaches and the Gulf of Mexico on one side and the Apalachicola Bay on the other. 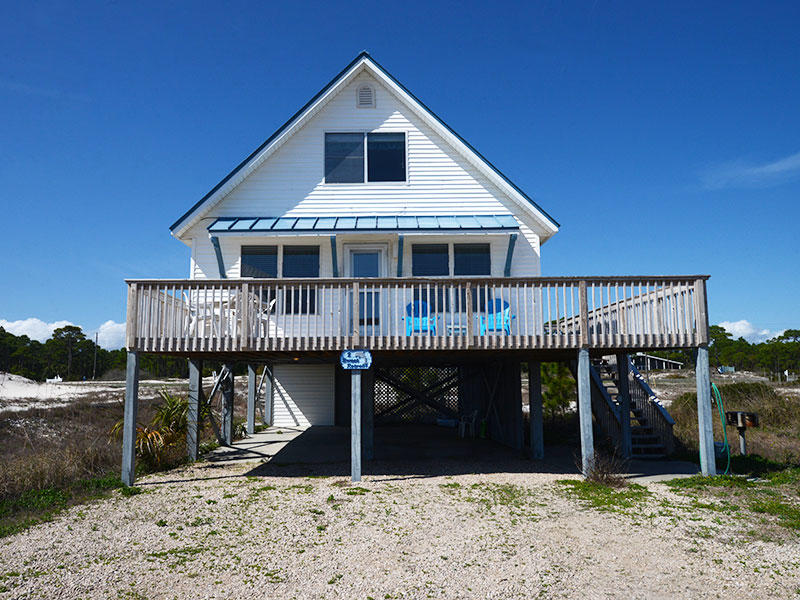 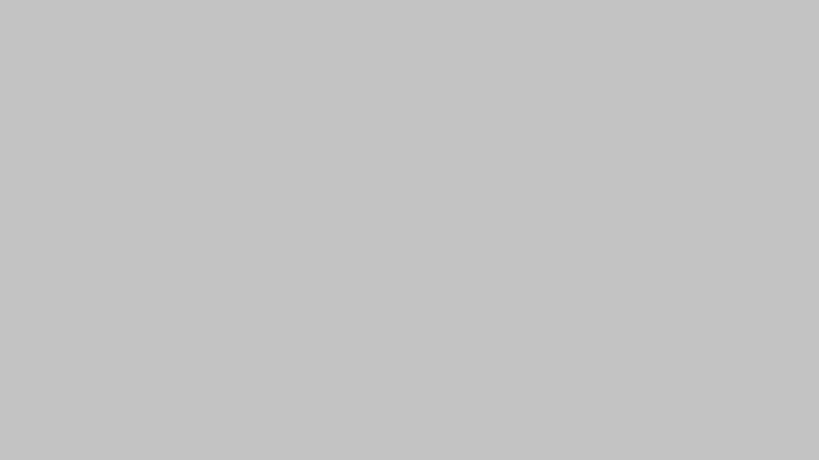 IT IS MOST DEFINITELY 5 O'CLOCK at this amazing house and time to sit back and enjoy the gulf view. Located in Clipper Bay, on the east end of the isl...

A GREAT ESCAPE is yours.....beachfront! Leave the hustle and bustle of the city behind as you relax in the shade of the covered deck, rest peacefully ...

A Piece Of Heaven Gulf View

A PIECE OF HEAVEN can be yours in this elegantly stylish designed home. Feel the warmth of the sensational sunrises and beautiful bay sunsets from the...

EXQUISITE ACCOMMODATIONS AWAIT YOU AT A SANDCASTLE! This impeccable beachfront home is truly one of the most premier homes at Sunset Beach. The top fl...

EXPERIENCE THE ULTIMATE IN ISLAND LIVING at the incredible beach front home AMBASSADOR.

You will experience breathtaking gulf views at one of... 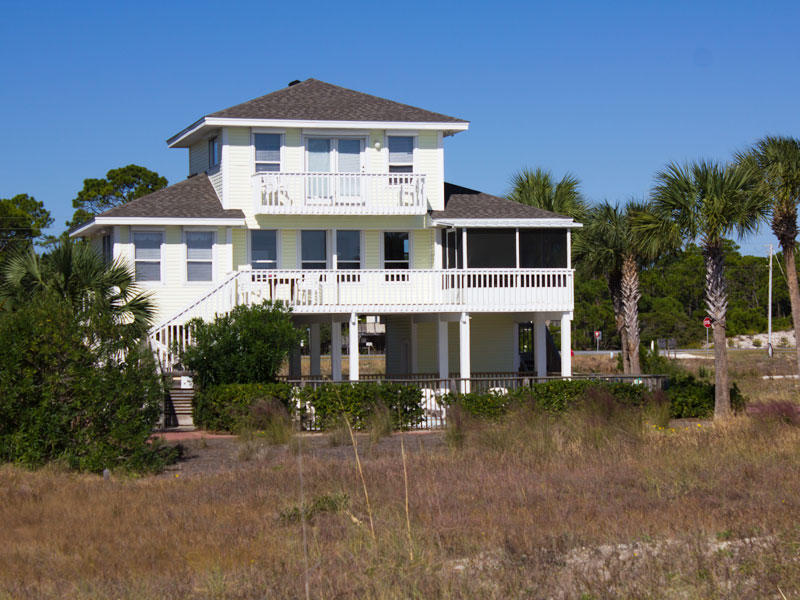 THE TASTEFULLY DECORATED INTERIOR is just the beginning of the delights of this cute and cozy home that is beautifully placed to take full advantage o... 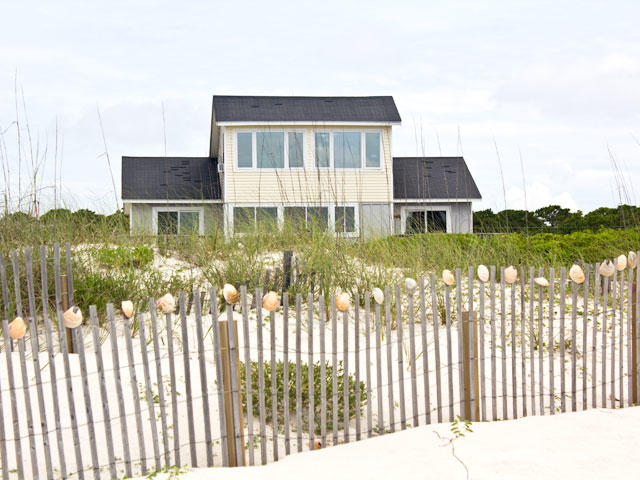 MILLION DOLLAR VIEWS AND OCEANS OF PRIVACY make this one of the best values on the island! Enjoy sweeping unobstructed ocean views from all bedrooms, ... 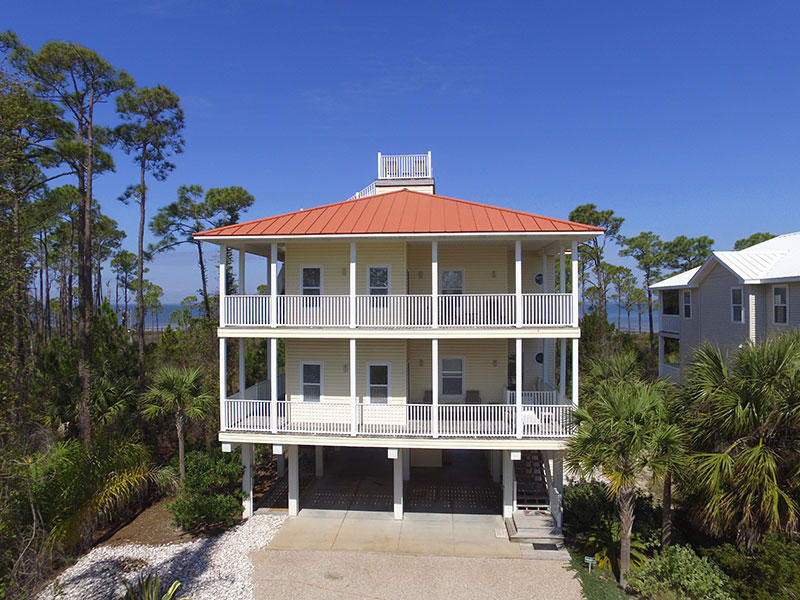 A STARGAZER'S DREAM, a beautiful home with widow's walk for stargazing. Relax and enjoy fishing, boating and spectacular sunsets. This tropical bay fr... 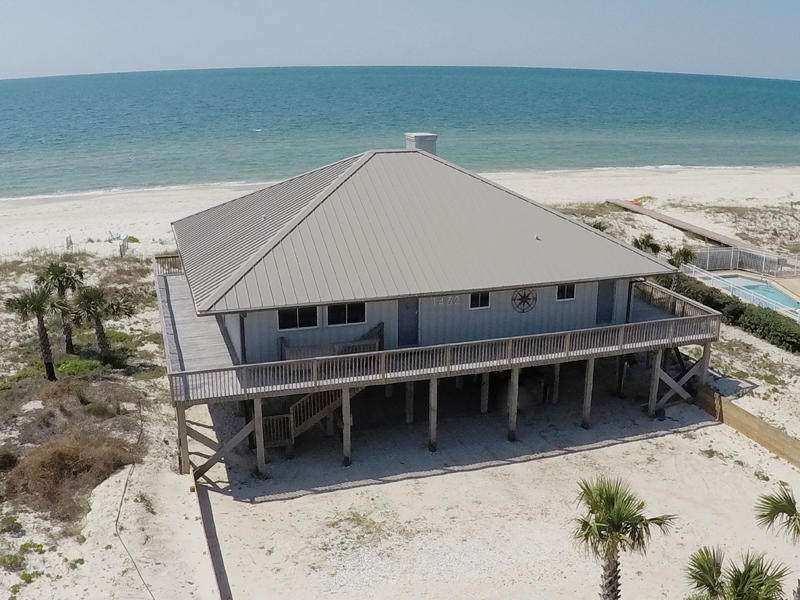 DREAMING OF A FLORIDA VACATION reminiscent of your childhood trips to the coast? Coastal Cottage is situated on the island's east end near the State P... 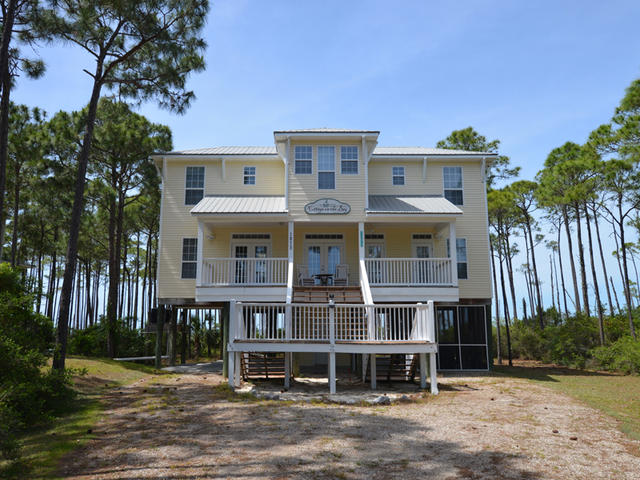 Cottage On The Bay Bay Front

BAYFRONT WITH ALL THE COMFORTS OF HOME! Tucked back in a beautifully lush landscape with amazing bay vistas. This charming home boasts three generousl... 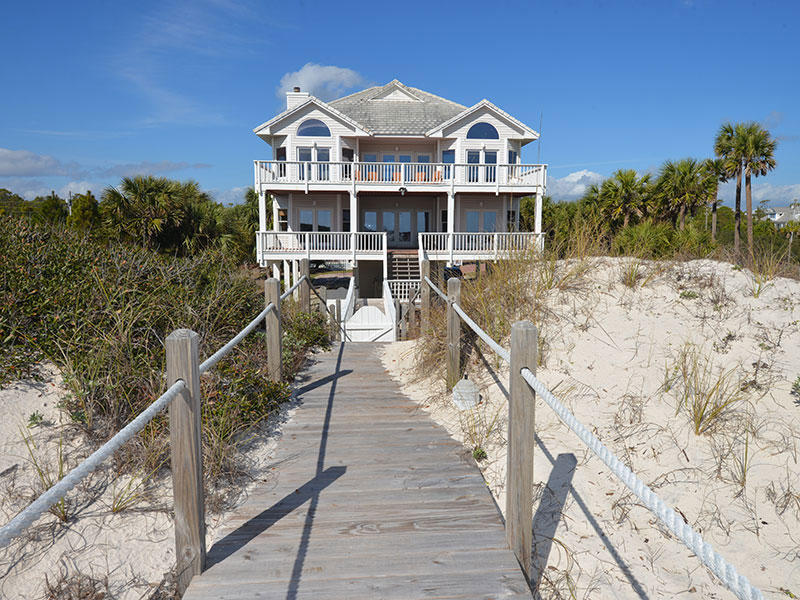 GATOR BAIT IS LUXURY AT ITS FINEST! This brand new, exquisitely and professional decorated home is something straight out of a magazine!
This bay ...

WELCOME to our house, HEATWAVE for an unforgettable beach experience on beautiful St. George Island. We love having folks enjoy our house with its lar... 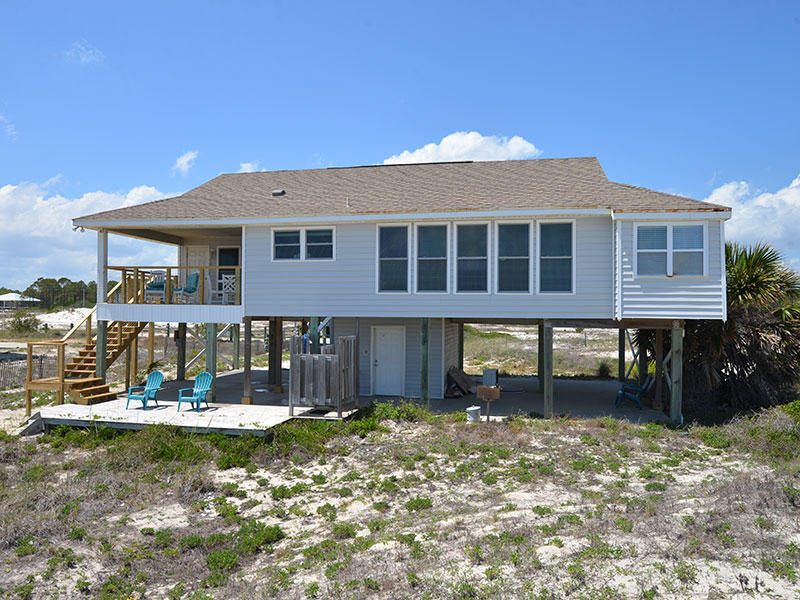 JUST A SPLASH WELCOMES YOU! A splash in the beach waves, a splash of colors throughout this marvelous house, a splash of tabasco on your oysters - str... 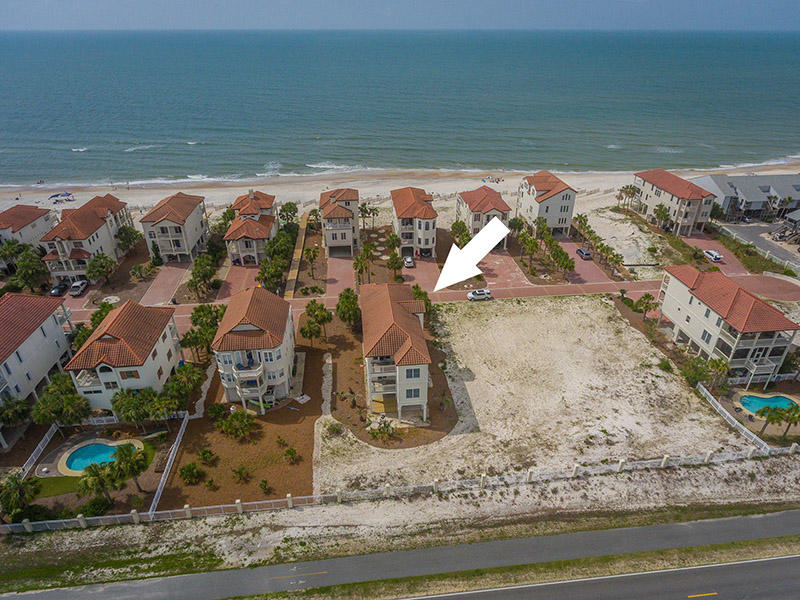 LA SEA BOHEME (FORMERLY KNOWN AS BEACHCOMBER) has been recently updated with fresh new bedding, artwork and furnishings and is ready to make some fabu... 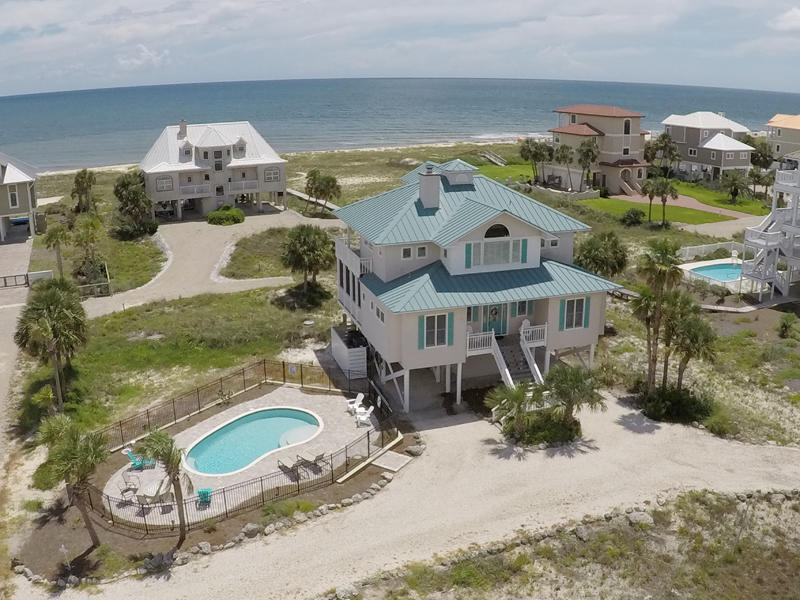 LOL-LY-GAG-GIN: v. means to dawdle, dally, to indulge time idly, or to goof off.
This spectacular beach home is the perfect home away from home fo... 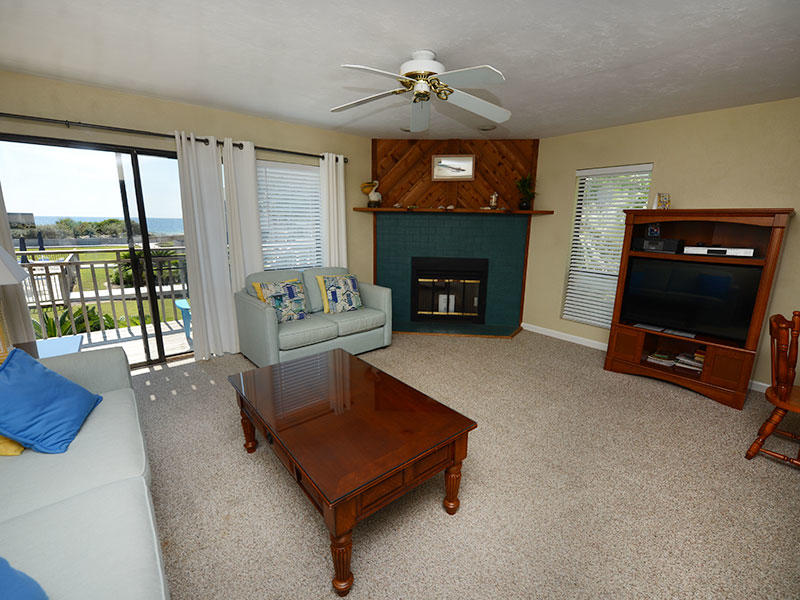 BEAUTIFULLY DECORATED townhome overlooking the pool, with a gorgeous, unobstructed view of the gulf. The home features direct access from the deck to ...

BEAUTIFULLY DECORATED townhome, overlooking the pool with gorgeous unobstructed view of the gulf. Direct access from your deck to the pool boardwalk. ... 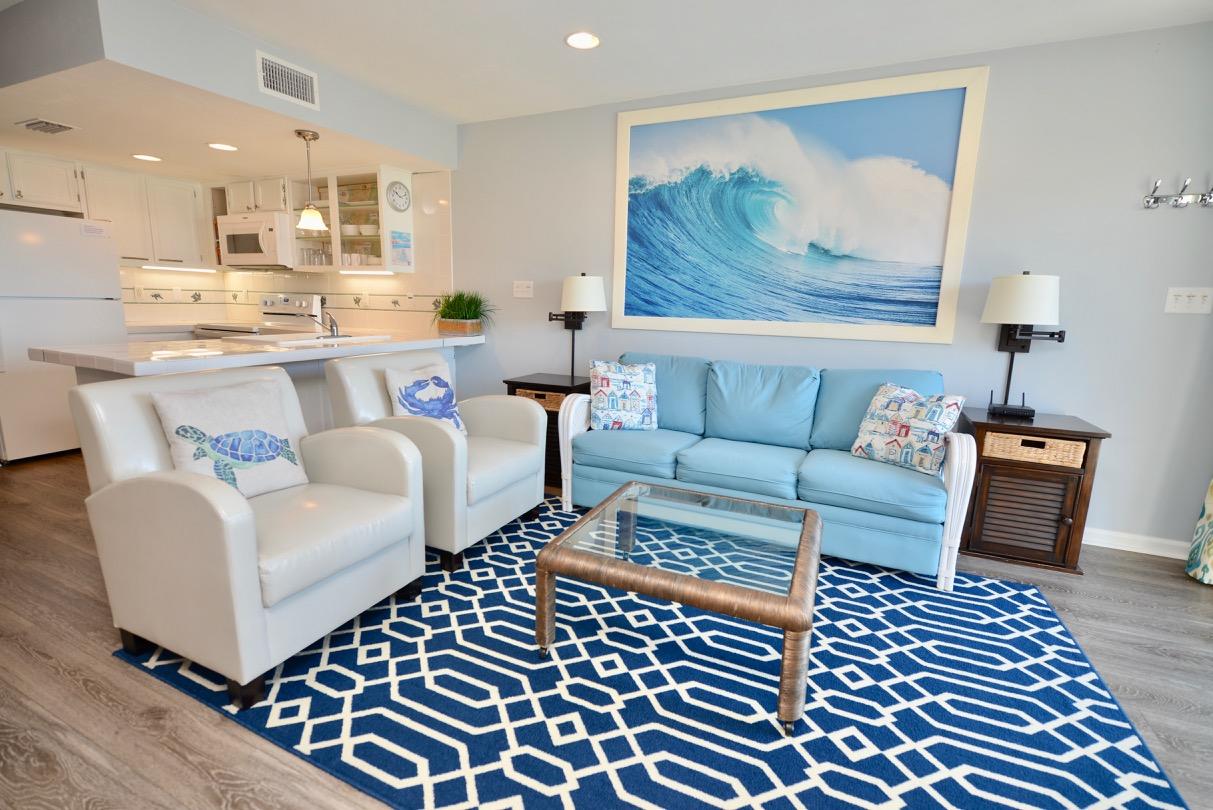 ARTSY COASTAL DECOR. Overlooking the pool, A-3 offers amazing unobstructed beach views from the living room and master suite. It features a well-equip...

BEAUTIFUL UPDATED TOWNHOME away from home! Relax on the decks and enjoy the gulf and pool views. Stroll on the boardwalk - just a short walk to the be...

ENJOY GULF VIEWS from all three decks of this two bedroom, two and a half bath townhouse located at the east end of the island. This unit is only minu...

ONE OF THE BEST UNITS AROUND! Ocean Mile D-5 has been recently updated with a fresh new look!
The kitchen, dining, living and half bath are locate...

IMPECCABLY REMODELED AND READY FOR YOUR FAMILY! Ocean Mile E-6 has been completely transformed and every inch has been remodeled to perfection! New w...

COME AND ENJOY this beautifully decorated beachfront townhome where you can soak up the sun on one of the two beachfront decks. This townhome has thre...

THIS BEACH FRONT BEAUTY decorated in blues, greens and yellows offers all you need for a stress-free vacation. Wake to wonderful sunrises, watch from ... 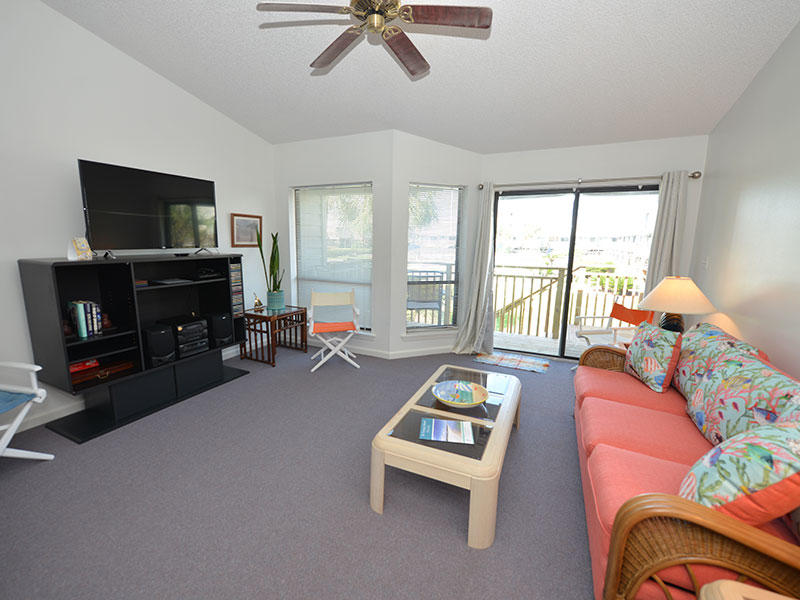 THIS GREAT POOL SIDE TOWNHOUSE has been recently updated with new painting and carpet throughout. Comfortable and relaxing, perfectly located with lov...

THIS ATTRACTIVE ONE bedroom, one bath townhome is perfectly located and has been completely renovated. It now has ship lack walls, tongue and groove c...

THE BEST GULF AND POOL VIEWS are here at Ocean Mile K-5. This lovely one bedroom town home unit is appointed with all your comforts in mind. Bright an... 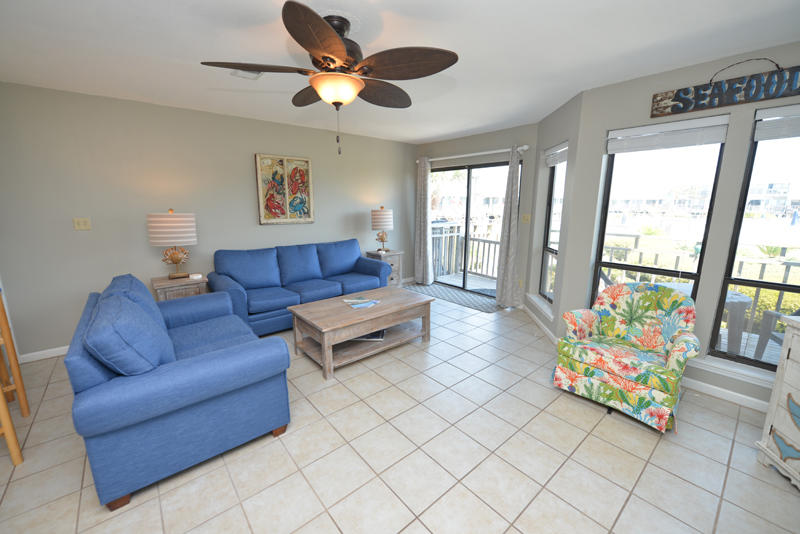 RECENTLY REMODELED AND READY FOR FUN! This fantastic townhome has been recently remodeled with fresh new interior paint, new furnishings, new decor an...

THE TROPICAL DECOR of this pool front townhome with beach views is just the ticket for your Island vacation experience. This townhome has been recentl... 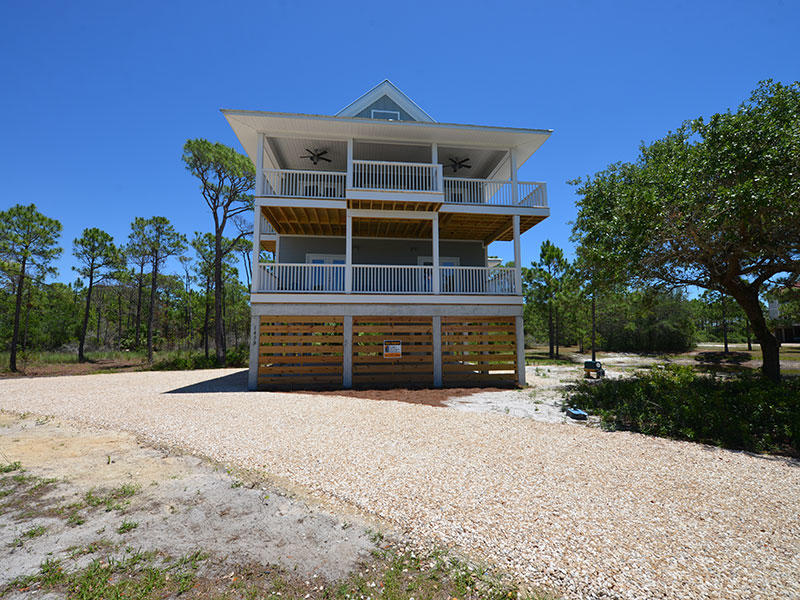 CUSTOM HOME REFLECTING A MODERN COASTAL DESIGN! This fabulous 2017 custom built home is beautifully appointed with all new furnishings and decor. The ...

A BAYFRONT BEAUTY, this thoughtfully appointed home has your comfort in mind with 4 guest suites, each with a private bath and access to a covered dec...

EXPERIENCE THE ULTIMATE in Island living at Pineapple Paradise. You will experience breathtaking sunsets from the decks of this home overlooking Apala...

THIS BEAUTIFUL HOME with its traditional furnishings and salty ambiance makes this truly a memorable vacation. Some charming features include 10 ft. c... 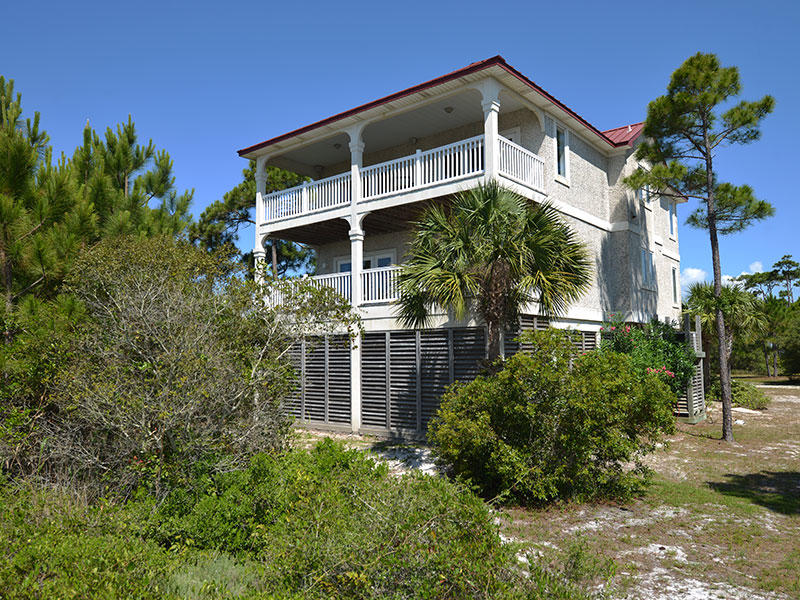 AN UNFORGETTABLE VACATION AWAITS YOU AT SMOOTH SAILING!
This incredible beachfront home is truly stunning and thoughtfully renovated with all the ... 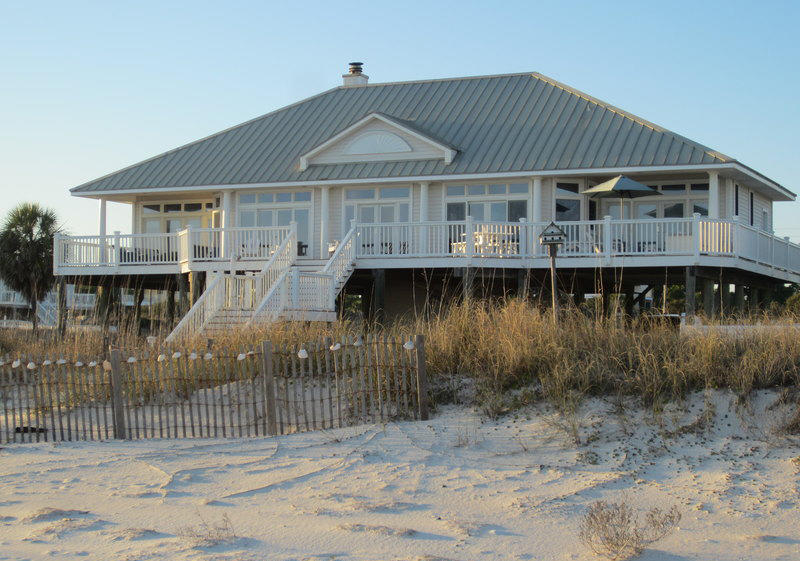 This classic beach home is one of the islands most charming accommodations. Walk in the front door and immediately become one with the beach as you ta...

THE WATERSPOUT IS THE ULTIMATE BAYFRONT RETREAT! This divine bay front home has wonderful bay and gulf views with amenities such as a screened pool an... 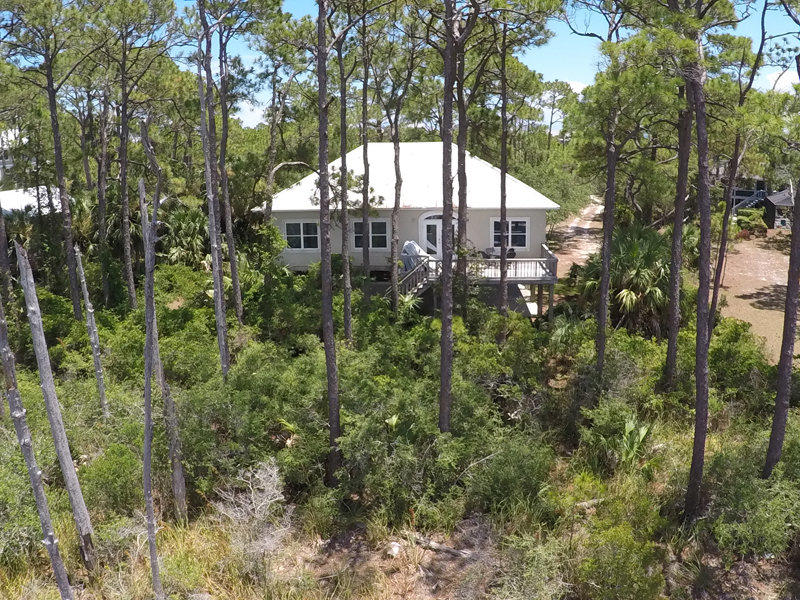 You may feel that you are in a TREE HOUSE in this lovely home that is nestled within the natural vegetation of St. George Island! Enjoy magnificent su... 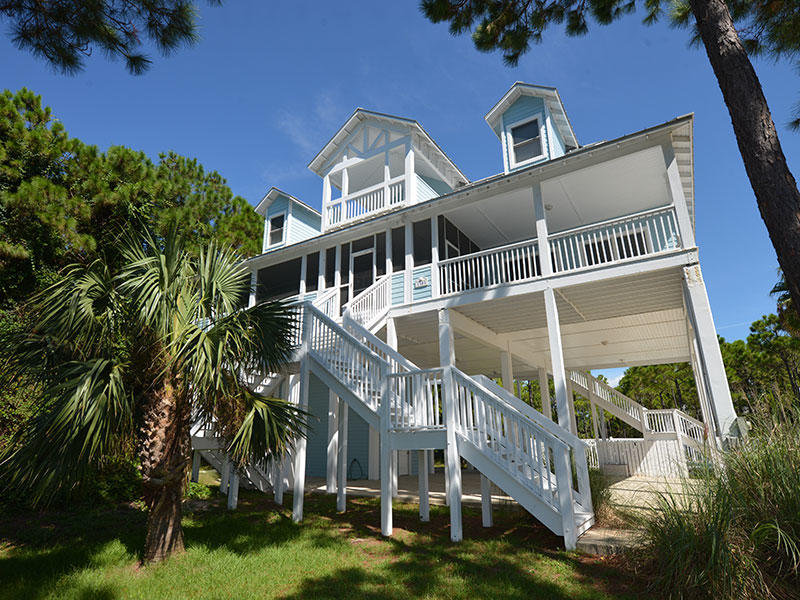 WILD BLUE YONDER, A perfect getaway anytime of the year, WILD BLUE YONDER is the ideal beach house for beach goers of all ages. This 3000 sq ft custom... 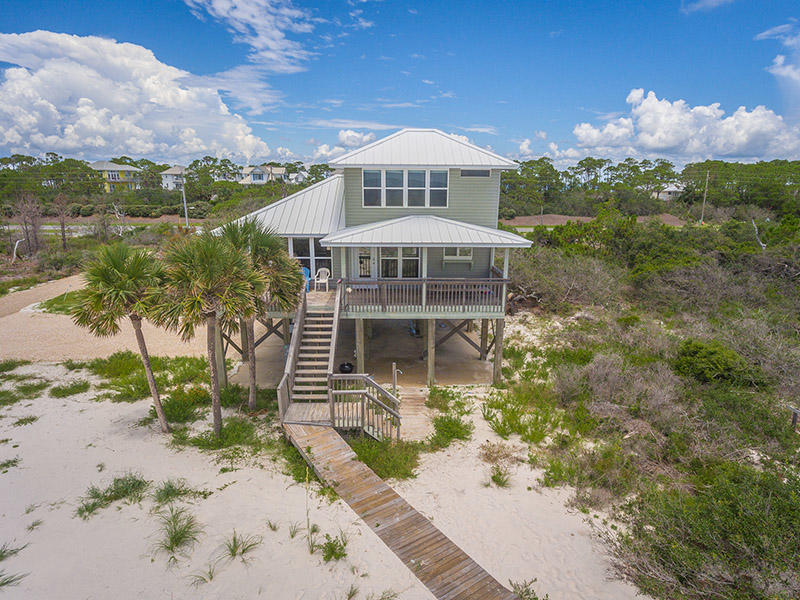 DELIGHT IN THE CHEERFUL AMUSEMENT of the sand crabs dancing in the moonlight. Become entranced by the charm of this lovely home with attractive furnis...